The Bay of Roses participates in the World's Most Beautiful Bays Congress, focusing on sustainable objectives. 20/12/2022

Between 9 and 13 December, the councillor for Tourism of Roses, Montse Mindan, together with the Tourism Department technician, Sara Lladó, represented the Bay of Roses at the Congress of the Association of the Most Beautiful Bays of the World (MBBW) held in the Bay of Cambodia. A congress which, in its sixteenth edition, was marked by the commitment of all the participating bays to work on projects aimed at achieving the Sustainable Development Goals (SDGs) and in line with the UN 2030 agenda of the United Nations.

On the 10th anniversary of its recognition as one of the Most Beautiful Bays in the World, the Bay of Roses, made up of the municipalities of L'Escala, Sant Pere Pescador, Castelló d'Empúries-Empuriabrava and Roses, has carried out a programme throughout the year aimed at promoting awareness of the values of the bay and how these values, especially natural ones, can have a direct impact on people's wellbeing. To close this anniversary year, a representative of the Bay of Roses attended the annual congress of the association, which currently encompasses 43 bays from 27 countries around the world.

The objectives and raison d'être of the MBBW is to encourage the exchange of experiences and knowledge among members on the promotion of tourism, with a focus on safeguarding, conserving and enhancing the value of heritage, as well as tourism, economic and social development.

Successful projects in the protection and conservation of marine ecosystems

In this line of protection and conservation, the congress that ends today in Cambodia has led to the advancement of various initiatives on which the association is working, such as the creation of an online platform to allow the exchange of technical information and continued collaboration between the bays members of the association, the permanent cooperation between the association and the global network "Man and Biosphere" of UNESCO, or the holding of the World's Most Beautiful Bays Open Sailing Championship to be held in 2023 in Sihanoukville-Cambodia.

In addition, during the congress, experiences were shared and projects of great environmental interest were presented, such as the preservation tool promoted by the Great Bay of Martinique to improve the waters and ecosystems of the bay, the accessibility management project in the natural park of Setubal Bay, Portugal, or the protection of ecosystems and marine biodiversity in mangrove swamps; as well as successful experiences in terms of resilience, proactivity, adaptation and recovery of private accommodation initiatives in the face of the pandemic.

"All of them," says Montse Mindan, Councillor for Tourism, "are experiences that highlight problems that are common throughout the world. That is why belonging to this association gives the Bay of Roses and the municipalities of L'Escala, Sant Pere Pescador, Castelló d'Empúries-Empuriabrava and Roses that form part of it the opportunity to learn first-hand about different ways of tackling them, about the models and projects developed around the world that are giving the best results, in order to achieve better management and make progress in the environmental, economic and social sustainability of our bay". 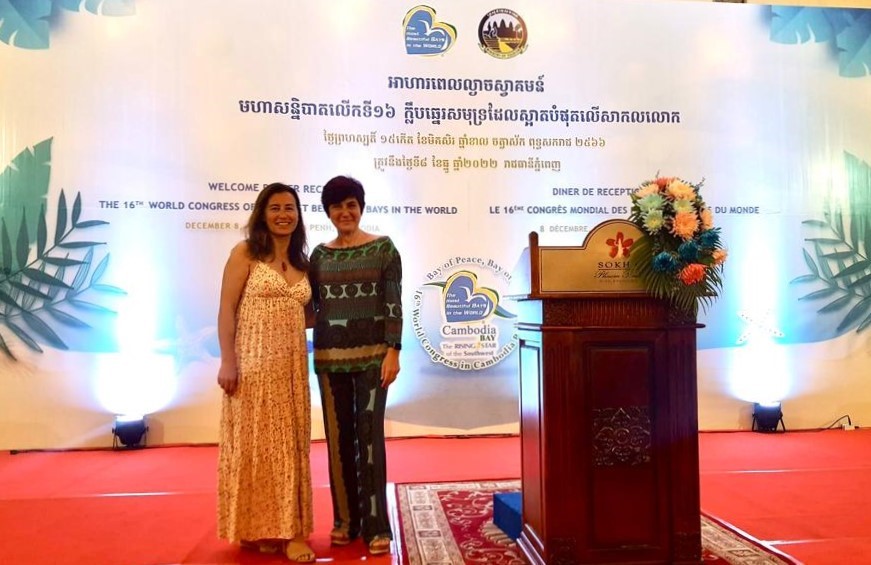